It appears that defensive reinforcements will be priority number one for incoming Old Trafford boss Louis van Gaal who has drawn up a seven player wish-list as he looks to spent a Man United transfer war-chest said to be worth somewhere in the region of £200m according to the Manchester Evening News.

With Rio Ferdinand, Patrice Evra and Nemanja Vidic all heading for the Man United exit one can see why the back-line would be in urgent need or repairing and the Dutch national team coach has earmarked moves for top quality additions to help fill the respective voids the defensive trio will leave. 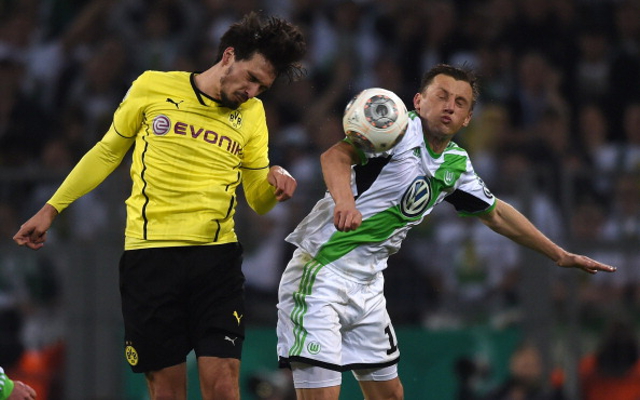 Mats Hummels appears to be Man United’s top target and has been a long-term target for the Premier League club with Sir Alex Ferguson and David Moyes both said to have scouted the rock solid German international.

Borussia Dortmund have fallen well behind domestic rivals Bayern Munich and the departure of top-scorer Robert Lewandowski to the Allianz Arena side may well lead to other members of Jurgen Klopp’s squad considering their futures.

Dortmund are under no pressure to sell Hummels, with his current contract running until 2017.