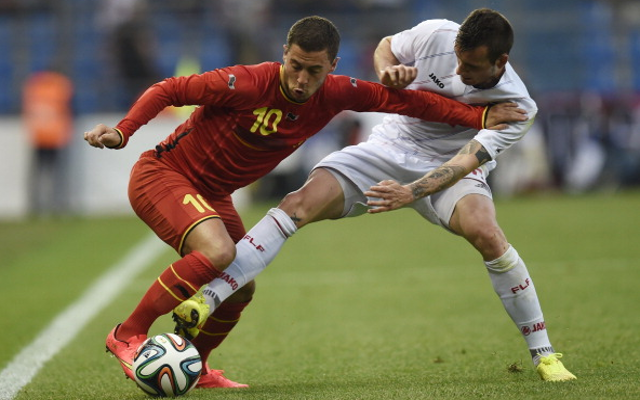 PSG believe they can lure Eden Hazard to the Parc des Princes with a massive £60m bid for the Chelsea attacker in the offing according to the Daily Mirror.

The Ligue 1 side have long been linked with an interest in the Belgian winger and having brought in his Blues team-mate David Luiz in a £40m deal boss Laurent Blanc could well hope to tempt Hazard back to the French top tier this summer.

PSG will look to make the most of Hazard’s apparent frustrations with his club, chiefly in relation to the club’s tactics under Jose Mourinho, though the player has himself looked to quash speculation of such a move of late.

Blanc has publicly declared his interest in the 23 year old and PSG are willing to offer Argentine Ezequiel Lavezzi as part of any deal to sign Hazard.

Mourinho is keen to rebuild his squad and could well consider selling a number of his first team squad but there would appear to be little reason to offload the club’s most effective attacking option.

Hazard has been a big success since moving to Chelsea from Lille two seasons ago and finished last term as the club’s leading goal-scorer and chief assist maker in Premier League action.