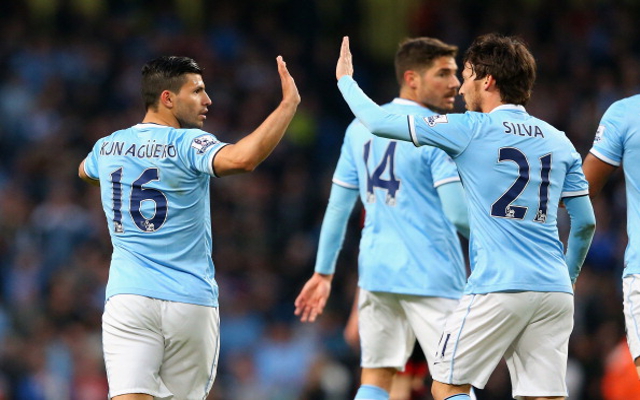 Real Madrid are readying a £60m bid for Man City striker Sergio Aguero according to the Daily Star.

Bernabeu boss Carlo Ancelotti had set his sights on Liverpool striker Luis Suarez but the Anfield star has no intention of leaving the club now that their target of a return to Champions League football has been achieved and so the Spanish giants will turn their attention to Aguero.

Real Madrid want Aguero to form part of a three pronged attack that will see the former Atletico Madrid man play in a central role between wide-men Gareth Bale and Cristiano Ronaldo and it may be an offer that tempts the 26 year old.

Aguero has been a huge hit since moving to the English top tier in the summer of 2011, netting 75 goals in 122 appearances and helping Man City to two Premier League titles in three seasons.

Manuel Pellegrini would be loathed to lose Aguero and clearly there is no financial pressure for Man City to sell so a lot will come down to the forward himself and his own personal ambitions.