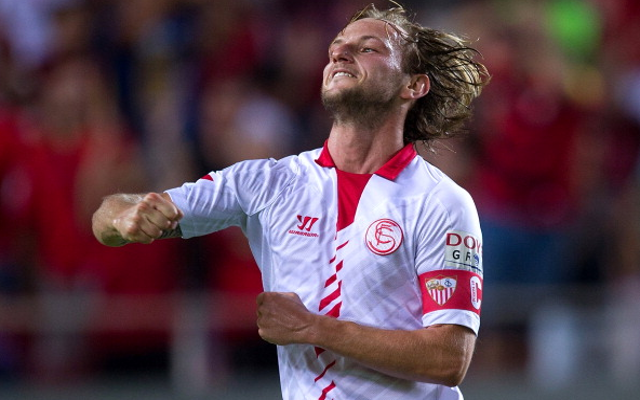 La Liga champions Atletico Madrid are set to beat Premier League giants Liverpool to the signature of Croatian international midfielder Ivan Rakitic this summer, according to Inside Futbol.

The midfielder played a pivotal role in Sevilla’s Europa League victory last season, and chipped in with 15 goals and 18 assists across all competitions for the club, too.

Real Madrid were widely believed to be the 26-year-old’s next destination upon the expiry of his contract this summer, but Atletico Madrid have emerged as shock favourites to seal the deal for Rakitic.

However, the news will also come as a blow to Liverpool, whose manager Brendan Rodgers had been keeping a close eye on his form over the course of the campaign.

Real had seemingly dropped out of the race for his signature after deciding that their squad needed strengthening elsewhere this summer, thus clearing the path for their cross city neighbours to move in there with a solid offer.

Atletico are also looking to strengthen after a number of their top performers have been linked with moves away from the club during the transfer window.