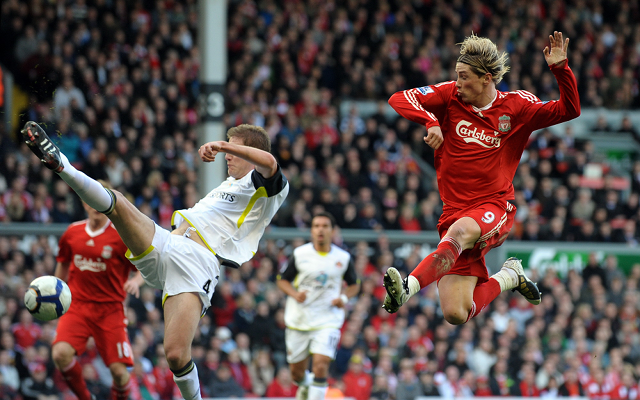 Spaniard claims he crushed Stevie Gerrard with the news.

Chelsea striker Fernando Torres has opened up over the reasons behind his massive transfer from Liverpool to Stamford Bridge back in 2011, the Daily Star reports.

The Spanish international claims that he knew how valuable he was to the Reds, but knew that it was time to move on when the club failed to replace the likes of Xabi Alonso.

But most of all he moved on because he felt that his chance of winning trophies on Merseyside was slipping away.

“At Liverpool, I had almost everything – except titles,” he said.

“There I felt like a king, but the team was falling apart.

“The directors had sold [Javier] Mascherano to Barcelona, then Xabi Alonso to Real Madrid, without investing any of the money to compensate for the departure of those two key players.

“I was 27, I wanted to know what it felt like to lift the Champions League and I had a feeling it was not going to happen at Liverpool.

“Liverpool then was in full transition, the club was being sold and in that case, unless you are Manchester City or PSG, it can be a long road before you are again competitive.

“I did not have time to wait. One day, Steven Gerrard came up to me and said; ‘Fernando, now you have to think about yourself. Do what you have to do.’

“But when I went to tell him that I was going to accept the Chelsea offer, it destroyed him.

“Announcing my departure from Liverpool to Gerrard was one of the most difficult moments of my career.

“He was my best team-mate and I am not so sure of finding another one like him in the future. We were made for each other.”