Rickie Lambert is definitely signing for the Reds…

Melanie Lambert, the brother of Southampton striker Rickie, last night tweeted her delight at the news that her sibling is expected to join his boyhood club Liverpool.

The 32-year-old striker was released by the Reds aged 15, but managed to eventually forge a promising career in the lower leagues, before rising to the Premier League, the England squad, and now looks on the verge of completing a £9m move as well!

Lambert has scored 28 Premier League goals over the course of the past two Premier League seasons, and impressed everyone with his quick feet, expert penalty taking, and aerial presence.

You can see the tweet, expressing her delight at yesterday evening’s news, here: 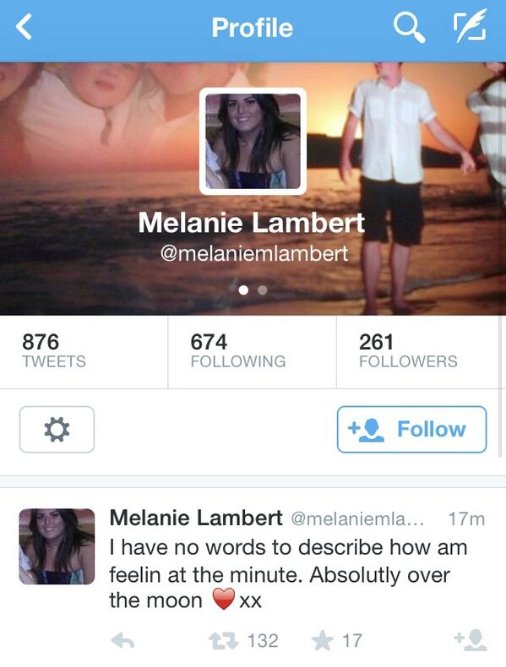