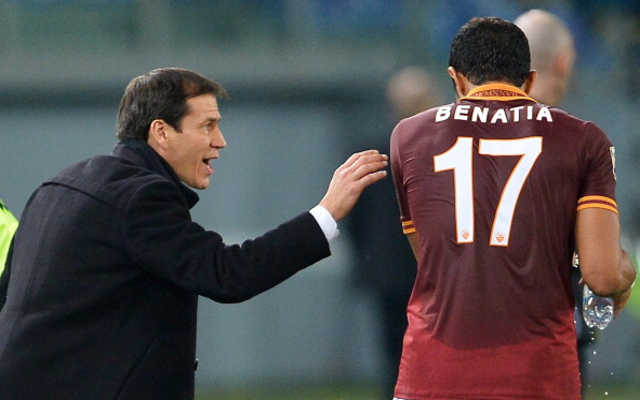 Stadio Olimpico side willing sell Stamford Bridge target but only for massive fee.

AS Roma will demand £50m for Chelsea defensive target Mehdi Benatia according to the Metro.

The Moroccan international enjoyed a sparkling debut season at the Stadio Olimpico so it’s not a surprise that a number of Europe’s elite would be tracking the 27 year old.

With Benatia at the heart of his defence Rudi Garcia’s side conceded just 25 goals in 38 domestic league fixtures to secure a runners-up spot behind all conquering Juventus and therefore one can see why they would be reticent to sell the tough tackler.

‘Benatia is a guy with sound principles – he didn’t want to take a step away from Roma fans or his team-mates,’

‘He has been completely coherent; he’s never played for himself, always with and for the team.

It’s not immediately obvious as to why Jose Mourinho would feel the need to bring in another central defender given that he can call upon Gary Cahill, John Terry, Branislav Ivanovic and youngster Kurt Zouma and Chelsea finished last season with comfortably the best defensive record in the Premier League conceding just 27 goals in 38 fixtures.