Former Chelsea star Michael Essien has been preparing for tonight’s World Cup warm-up game against the Netherlands by spending some time on the physiotherapist’s table.

Essien’s Ghana side take on the Dutch in Rotterdam this evening, before playing Guatemala and South Korea prior to next month’s super tournament in Brazil.

Experienced midfielder Essien uploaded a photo of himself wearing nothing but a pair of Calvin Klein underpants to Instagram from a Hilton hotel this afternoon.

The picture, which showed off his massive thighs, was accompanied by the message: ‘Some stretching before the game with my “grande ENDO”!!!’

However, the image (below) was later deleted, for reasons unknown, from the photo sharing site. 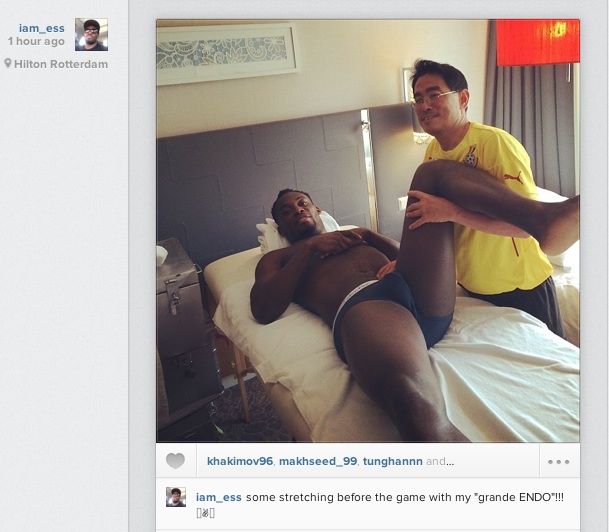 Essien currently plays his club football for AC Milan, having joined the Serie A giants in January.