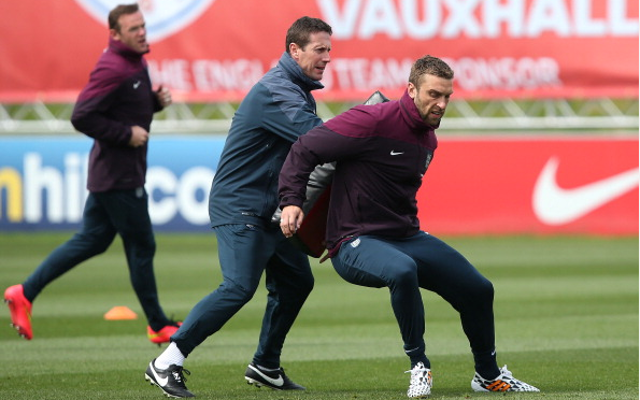 Liverpool are set to unveil Rickie Lambert as their first signing of the summer with the Daily Express claiming that a deal will be announced on Monday.

The 32 year old has passed a medical and a fee of £4m has been agreed with Southampton and it’s a move that has been a long time coming for Lambert.

The Liverpudlian was released by the Anfield club at the age of 15 and will act as a back-up option to Luis Suarez and Daniel Sturridge and caps an amazing season for the Saints forward.

That form led to a first national team call-up last August when Lambert scored the winner on his debut against Scotland and is part of Roy Hodgson’s 2014 World Cup finals squad.

Lambert joined Southampton in August 2009 and has helped the south-coast side from League One to the upper reaches of the Premier League, scoring 117 goals in 235 appearances.

The striker may well be the first of many stars to leave Southampton this summer following the departure of boss Mauricio Pochettino. Adam Lallana, Luke Shaw and Jay Rodriguez are all sure to be the subject of great interest.