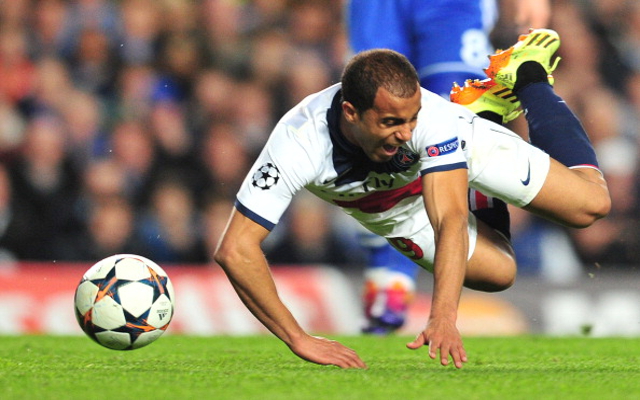 The Brazilian international has had an up and down time of it since moving to the French capital and last term started less than half of the club’s Ligue 1 fixtures and could be open to a move to Man United especially as that lack of action has led to his omission from Felipe Scolari’s World Cup squad.

Van Gaal may well feel his side could do with fresh wide attacking options given the average displays put in by Nani, Ashley Young and Luis Antonio Valencia last season and Moura is certainly a player with great potential though isn’t a player who would come cheap.

PSG paid Sao Paulo £36m for Moura and would demand a fee in the same region should they elect to sell.

Van Gaal is likely to be handed a big transfer war-chest this summer as Man United look to repair the damage suffered during David Moyes’s brief tenure in charge of the club.