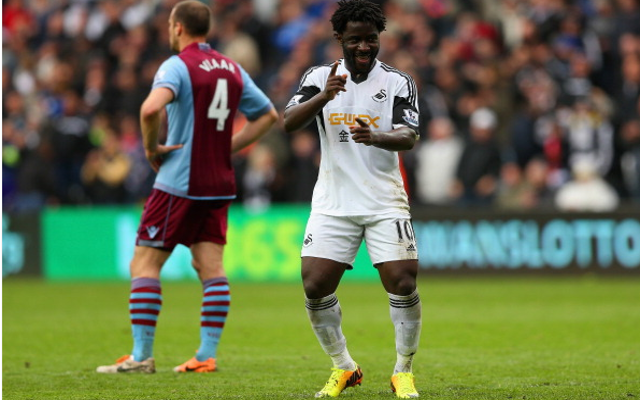 Chelsea boss Jose Mourinho has earmarked a move for Swansea City forward Wilfried Bony as he seeks to find an ideal partner for incoming signing Diego Costa according to the Daily Star.

The Ivory Coast international has long been compared to fellow countryman, and Blues legend, Didier Drogba and this could well act as an incentive for the former Vitesse Arnhem man to pursue a move to the west London club this summer.

Bony netted 25 goals in his debut season in the English top tier, 16 of which came in the Premier League, and the powerfully built forward has more than proven himself able to make an impact at the highest level.

Swansea City paid a club record £13m for Bony last July and are said to be looking to secure £25m from any potential sale.

Mourinho may consider welcoming Romelu Lukaku back into the fold to line-up alongside Atletico Madrid man Diego Costa with QPR’s French international Loic Remy said to be another option.