The Spaniard is forgotten about by the Catalans.

FC Barcelona have performed what could be a costly gaffe by forgetting about unsettled midfielder and Arsenal, Liverpool and Manchester United target Cesc Fabregas.

The 27-year-old has been heavily linked with a move away from the Nou Camp this summer after finding it difficult to establish a regular place in the starting XI.

Now to make matters worse Barca left Fabregas off a list of players included in Vicente Del Bosque’s squad for the 2014 World Cup, as can be seen below: 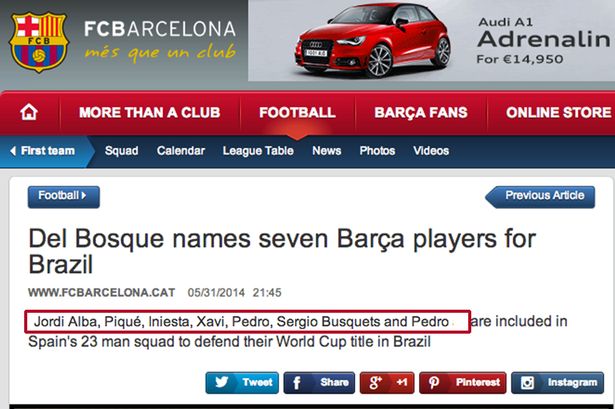