The Under Armour top, which prominently features the logo of sponsor AIA, is mainly yellow, with a black collar and black side panels.

It is Tottenham’s first yellow kit since the bold banana-coloured outfit that Puma produced for the 2009-10 season.

Spurs wore a sky blue away kit this season and a navy blue third shirt.

Images of their new home and away jerseys have already been leaked. Click here to view them.

Check out the new third kit below. 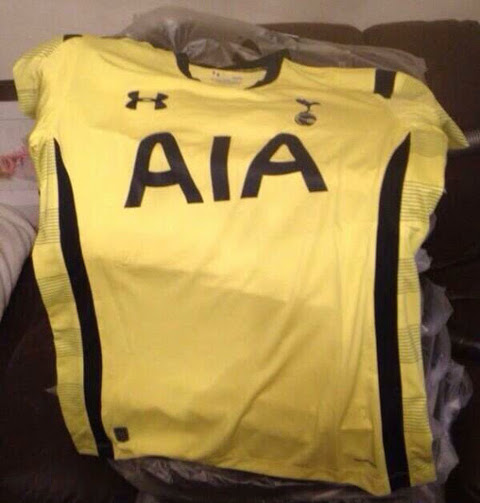