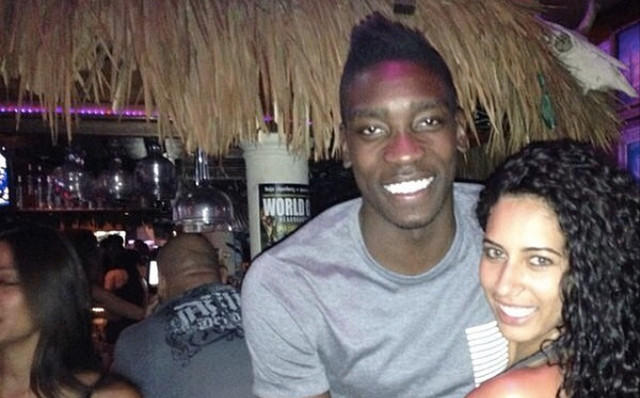 Newcastle United winger Sammy Ameobi is currently on holiday with a group of mates in the United States of America.

After spending some time in Santa Barbara, where Ameobi was pictured getting friendly with a dark-haired beauty, the gang moved on.

They were travelling to their next destination when the rear right tyre of their Range Rover burst on the freeway.

Ameobi played 12 first-team games for Newcastle this season, scoring once.

He spent the latter part of the campaign on loan at Middlesbrough, playing nine games and netting one goal.

Pictures of Ameobi’s partying and his damaged vehicle are below.