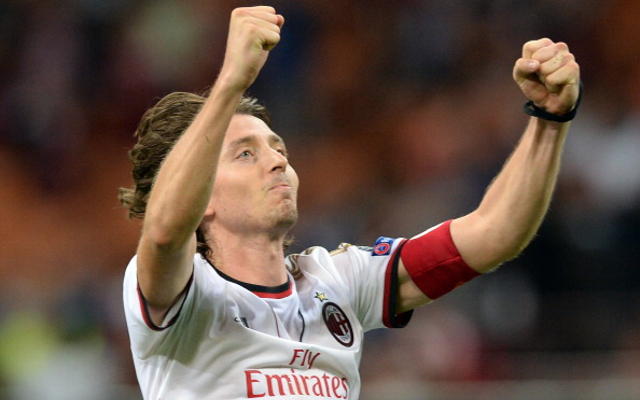 Verratti could be given chance to shine in his absence…

All the latest headlines from the newspapers in Italy as AC Milan midfielder Riccardo Montolivo will miss the World Cup after suffering a fractured tibia.

– ‘Montolivo – oh nooo!’ – AC Milan midfielder has been ruled out of the World Cup in Brazil after suffering a fractured tibia in the friendly against Ireland at Craven Cottage on Saturday night.

– Juventus are not making a move for Inter Milan midfielder Fredy Guarin.

– They are pressing for Real Madrid striker Alvaro Morata.

– Pippo Inzaghi-Silvio Berlusconi meet at Arcore. However, Clarence Seedorf claims that he hasn’t even spoken to the club about his future yet as they line up his replacement.

– Puzzle for Italy. The Milanista fractures his tibia against Ireland – out of the World Cup.

– Giuseppe Rossi plays 70 minutes and does well. Cesare Prandelli set to name his 23 this week, with Antonio Cassano also impressing.

– Seedorf – no discounts to Milan. Dutchman will not leave without a decent severance package.

– AS Roma director Walter Sabatini: Mehdi Benatia is worth €61m.

– Antonio Conte puts his foot down.

– “For Benatia we would ask €61m”. Roma set price tag on their defender amid speculation that interest is increasing all over Europe.