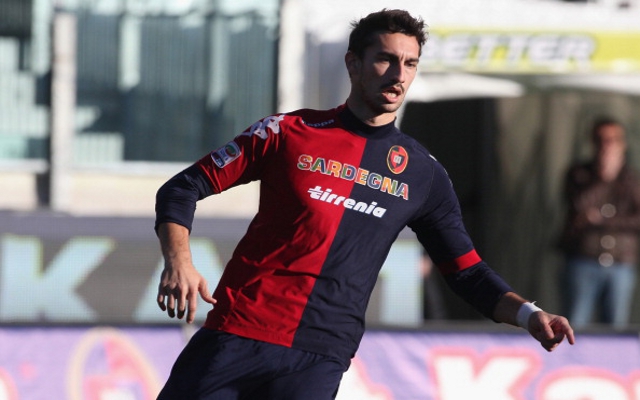 Leeds United are hoping to sign Cagliari defender Davide Astori this summer, according to the Sunday Express.

Everton, Tottenham Hotspur and Manchester United, who finished fifth, sixth and seven respectively in the Premier League, were reportedly interested in Astori in January.

However, 27-year-old stayed in Sardinia, with his club demanding £8m to sanction his departure.

Entrepreneur Massimo Cellino is currently the president of Cagliari and the majority shareholder of Leeds, although he is attempting to sell the Italian club to an American group.

Cellino apparently wants to bring Astori to Elland Road and is hopeful that £4m and his powers of persuasion will be sufficient.

It sounds like a long shot, with Lazio also rumoured to be interested in Astori, who has been capped seven times by Italy at senior international level.

Leeds finished 15th in the Championship this season, 13 points clear of relegation and 15 short of the playoffs.

Astori started 34 league games for Cagliari, who finished 15th in Serie A.

Astori has just one year left to run on his current contract at Cagliari.