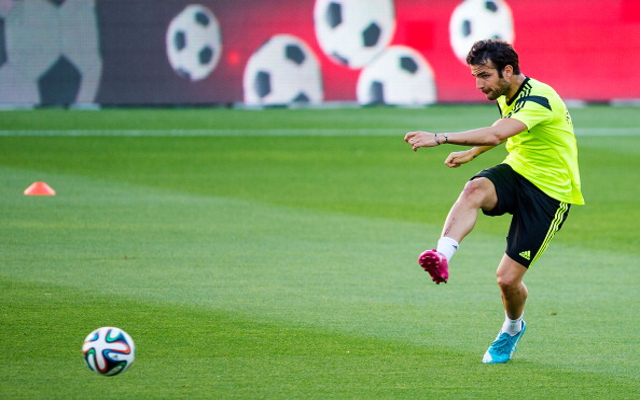 Anfield side to launch move for Nou Camp star.

Liverpool are lining up a move for exit bound Barcelona midfielder Cesc Fabregas according to the Daily Mail.

Not only is Anfield boss Brendan Rodgers tracking the 27 year old former Arsenal man his Merseyside outfit are reportedly leading the chase for the Spanish international.

A number of sides are said to be interested in offering Fabregas a Premier League return with Arsenal and Man United also keeping tabs on the World Cup winner.

Rodgers is keen to strengthen his midfield options and wants to bring in a ‘Marquee’ signing for the role to act as a real statement of intent from a club who are certainly on the up and up having mounted a genuine Premier League title challenge and secured a long awaited return to the Champions League.

It had appeared that Southampton’s Adam Lallana was Rodgers top target for the role but the Northern Irishman appears to have switched attention to Fabregas, who has far more top level experience.

Barcelona want £30m for Fabregas, £5m less than they paid to re-sign the player back in the summer of 2011, and it’s a fee that is well within Rodgers’ budget with the Liverpool manager set to be handed a large transfer war-chest.

Rodgers may see Fabregas as an ideal long term replacement for Steven Gerrard.