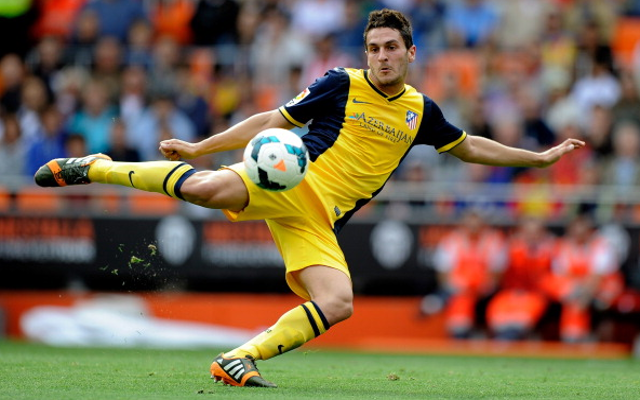 Man United’s interest in Atletico Madrid midfielder Koke is gradually increasing with El Confidencial claiming that the Old Trafford side are ready and willing to trigger the youngster’s massive transfer release clause.

The 22 year old has had a superb season at the Vicente Calderon, becoming a pivotal member of Diego Simeone’s first team set-up and earning a spot in Vicente del Bosque’s Spain squad for the 2014 World Cup finals but the locally born talent may feel he has achieved as much as he can at Atletico.

Louis van Gaal may well see Koke as a player he can re-build his midfield around and the chance to join fellow countrymen David de Gea and Juan Mata may prove very tempting though there are bound to be many sides chasing the crafty midfielder.

With the Los Rojiblancos having no intention to sell such a key player, who is tied down to a contract that runs until 2018, the only way Man United can hope to sign Koke is to fork out the €60m (£48m) needed to trigger his clause, a fee that would smash the Premier League side’s transfer record.