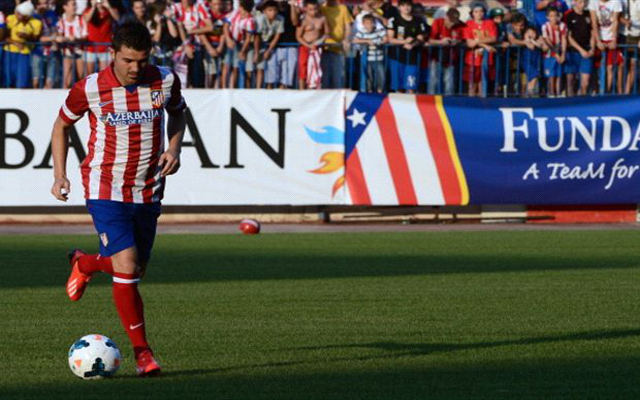 MLS side to welcome in Spanish striker.

The hugely experienced 32 year old was spotted in Manchester having a medical ahead of move to New York City FC, who will make their debut MLS next season.

Man City own the American side, who have already brought in Chelsea veteran Frank Lampard, hence Villa’s arrival in Manchester.

The former Valencia and Barcelona man enjoyed an excellent debut season at the Vicente Calderon, scoring 15 goals in all competitions as Diego Simeone’s side secured a La Liga title as well as reaching the Champions League final.

Villa’s form secured him a spot in Vicente del Bosque’s 2014 World Cup finals where he may well line-up alongside team-mate Diego Costa.

Prior to his move to Atletico Villa had netted 128 goals in 217 appearances for Valencia as well as 48 goals for Barcelona in an exceptional club career. David Villa is also Spain’s all-time leading national team goal-scorer.