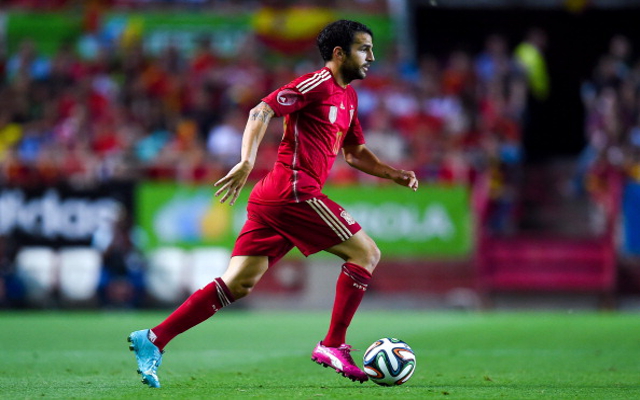 Arsenal are reportedly in discussions to re-sign Cesc Fabregas in a deal that would cost the north London club £29.2m according to the Metro.

Gunners boss Arsene Wenger has apparently spoken to Fabregas’ representative Darren Dein as he looks to welcome back the 27 year old to the Emirates Stadium.

Fabregas looks set to leave the Nou Camp after becoming a scapegoat for last season’s failures, this despite the fact that the midfielder scored a healthy total of 13 goals in all competitions and finished the campaign as the club’s leading assist maker.

Wenger is reportedly set to be handed a £100m transfer war-chest after signing a new three year contract and though the Arsenal manager will be looking to rectify ‘problem areas’ at right-back and up front he clearly has the funds to bring in a ‘Marquee’ player and a move to bring Fabregas back would be quite a statement of intent that would see the club look to build on their FA Cup success last month.

In his previous spell a the club Fabregas made 303 appearances for Arsenal, scoring 57 goals in the process.