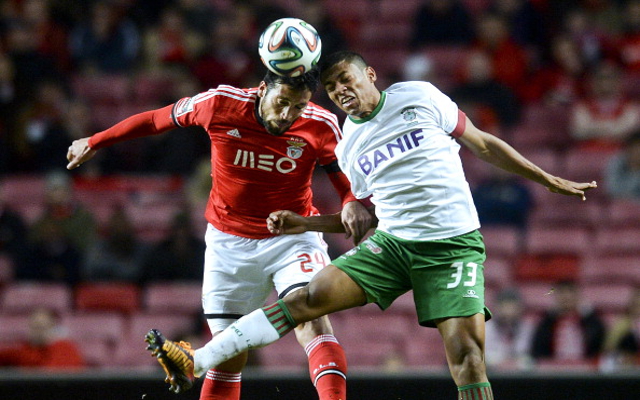 Argentine lined up for Bundesliga move.

Manchester United are set to miss out on the signing of highly coveted Benfica centre-back Ezequiel Garay as he is now likely to link up with German champions Bayern Munich, according to the Daily Star.

The 27-year-old had been linked with a move to Old Trafford ever since last summer as the club looked for suitable candidates to replace ageing duo Rio Ferdinand and Nemanja Vidic.

However, new United boss Louis Van Gaal will have to look elsewhere to reinforce his back line as it has emerged that he will be heading to the Alianz Arena for just under £10m – even though he has a release clause set at £15m with the Portuguese giants.

It is thought that, with just one year left on his contract in Lisbon, Benfica have decided to take a reduced fee for the former Real Madrid man.

Garay has been with the Lisbon club since 2011, and last season picked up his first league title after frustratingly finishing second during the previous two campaigns.

He is expected to join up with the German champions after the World Cup and compete for a place with Dante, Jerome Boateng and Holger Badstuber – while ocasional central defender Javi Martinez has been linked with a move to the Premier League.