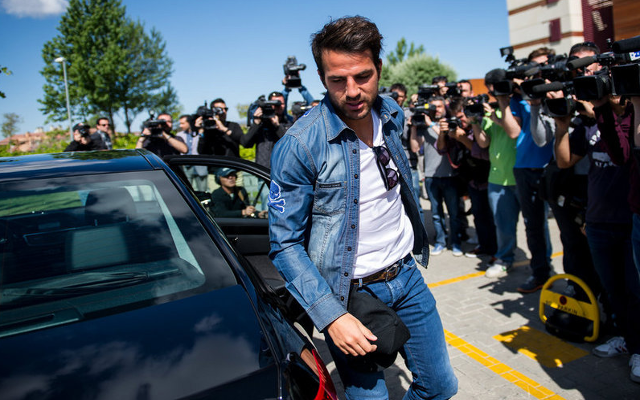 The 27 year old is looking increasingly likely to leave the Nou Camp and with Arsenal ruling themselves out of the running and Fabregas being keen on a London return a move to Stamford Bridge would appear to be a distinct possibility.

Fabregas looks set to leave the Nou Camp after becoming a scapegoat for last season’s failures, this despite the fact that the midfielder scored a healthy total of 13 goals in all competitions and finished the campaign as the club’s leading assist maker.

With Frank Lampard leaving Stamford Bridge Mourinho may feel that Fabregas is the style of goal-scoring midfielder who can take his place in the Blues squad.

Mourinho will perhaps be all the more keen on landing Fabregas knowing that the World Cup winner has a proven Premier League pedigree having made over 300 appearances for the Gunners before moving back to Barcelona in the summer of 2011.

One does wonder where Chelsea’s myriad of creative midfielders would all fit into one starting eleven with the likes of Oscar and Eden Hazard sure to be first team regulars plus the need for more measured defensive options to be factored in to Mourinho’s thinking.