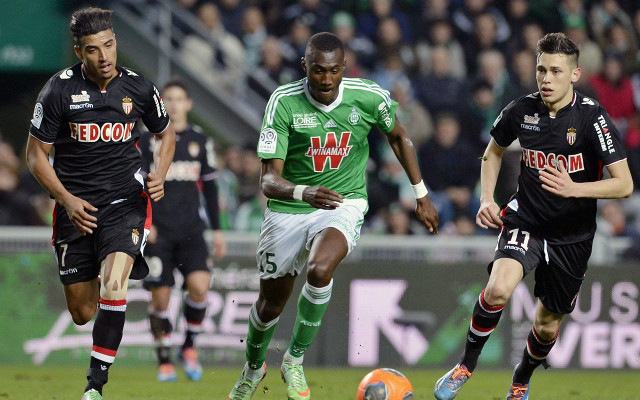 Everton are said to be lining up a move to bring Atletico Madrid midfielder Josuha Guilavogui to the club as a replacement for the departed Gareth Barry, according to talkSPORT.

Toffees boss Roberto Martinez has apparently had the 23-year-old midfielder watched numerous times over the course of the campaign while he has been on loan at Ligue 1 side St Etienne.

The Spaniards picked up the Frenchman last summer, but after just a solitary appearance for the club coach Diego Simeone sought to send him straight back to his former club for the course of the season.

Everton are seeking a direct replacement for the veteran England international, who himself spent the season on loan at Goodison, as recent reports suggested that he may not look to extend his deal with the Merseyside outfit.

Guilavogui has four years remaining on his Atletico contract but the Spanish giants are keen to sell and that could open the door for the Blues to acquire the midfielder’s services in a cut-price deal.

His signature could be seen as somewhat of a coup as he has recently broken into the France senior side, picking up five caps since making his debut in 2013.