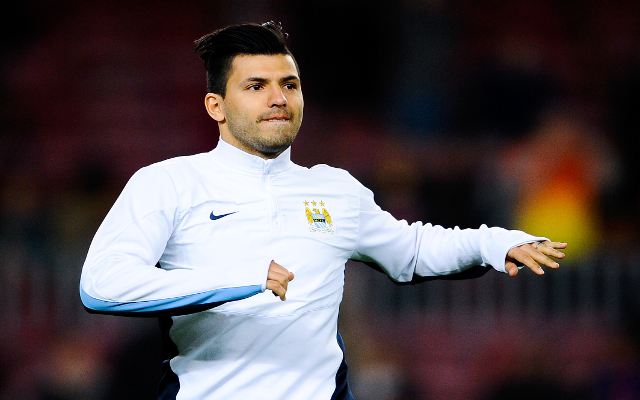 Premier League champions look to keep Kun at the Etihad.

Manchester City have said that they will not sell star striker Sergio Aguero at any price as rumours linking him with a move to Real Madrid continue to persist, according to the Daily Mirror.

Real Madrid president Florentino Perez has continually hinted that his side are interested in landing the Argentine international, but has claimed that they will wait until after the World Cup before launching a mammoth £60m move to sign him.

Elsewhere, Barcelona have also been credited with an interest as they look to undergo an extensive rebuilding phase this summer in order to reclaim their crown both in Spain and in Europe next term.

But City are adamant Aguero will not be leaving, even if they receive a bid in excess of the £86m world-record fee Real paid Tottenham for Gareth Bale last summer.

The Premier League champions believe that the striker is happy to stay at the club and as long as that remains the case then all interested parties will be turned away.

It is also understood that City have no interest in signing Barcelona midfielder Cesc Fabregas, who looks to be set to leave the club this summer and has been tipped to make a return to the Premier League.