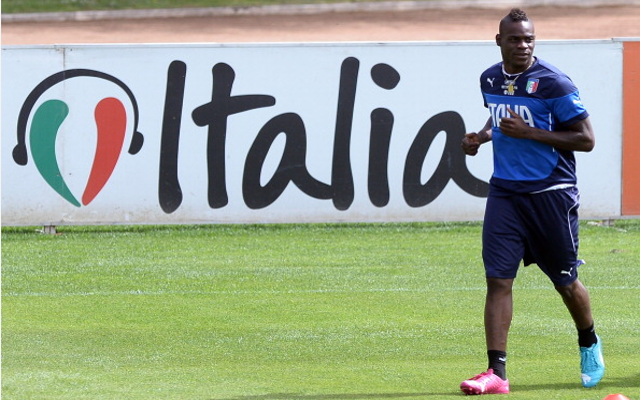 Italian star believes opponents will have no chance of going all the way.

Outspoken Italy star Mario Balotelli has already began stoking the fires as his side come up against England in the first game of Group D by claiming that the Three Lions don’t have what it takes to go all the way and lift the trophy.

The two sides meet in Manaus in just 15 days time and the 23-year-old is already suggesting that Roy Hodgson’s men have no chance of making it to the upper echelons of international football as the squad lack the experience of playing at major tournaments.

Balotelli spent three years in England before leaving in January 2013 to join his boyhood team AC Milan after a series of high profile incidents.

And the striker, who has bagged 12 goals in 29 appearances for his country, believes that England won’t even pose a threat to Italy getting out of the group.

“I don’t look at England as a team that can win the World Cup,” he said.

“They have some good players, but they are no real rivals for Italy.

“I am not saying that Italy are favourites, but we have the mentality and experienced players to surprise people — I don’t think England have that.

“We have players who have won the title before.”