Hammers marketing department must be out of ideas.

The club have been treading a fine line with their supporters recently after they sought to stick with under fire manager Sam Allardyce following a season of dreadful football that saw them flirt with relegation.

But during that dreadful season the club managed to chalk up three victories over Tottenham, with two oncoming in the leave and the third coming in the Capital One Cup.

Though the shirt should be taken in jest, more serious fans could be forgiven for feeling insulted that the idea lacks in taste. 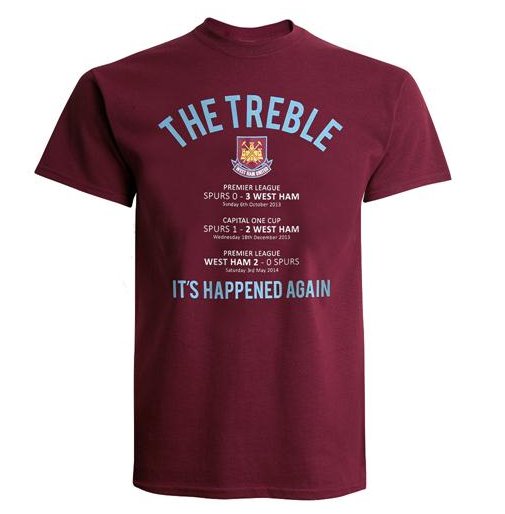