Signals that Brazil’s hottest couple are back together.

Brazilian star Neymar has been in phenomenal form on the pitch this year, but his life away from it has been a little rocky having broke up with stunning girlfriend Bruna Marquezine.

However, since then he was linked with another beauty in the form of 20-year-old model Gabriella Lenzi, shown below. 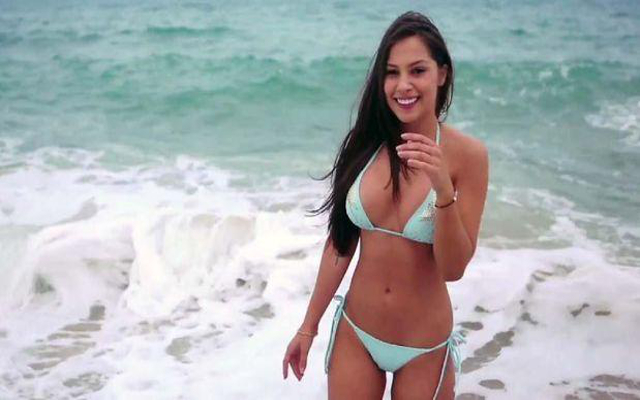 But it has since been revealed that the Barca ace has seemingly broke it off with Lenzi and has returned to his first love, Bruna Marquezine.

She was spotted watching Neymar from the sidelines while he trained with the national side, and the pair were even seen kissing when she left at the end.