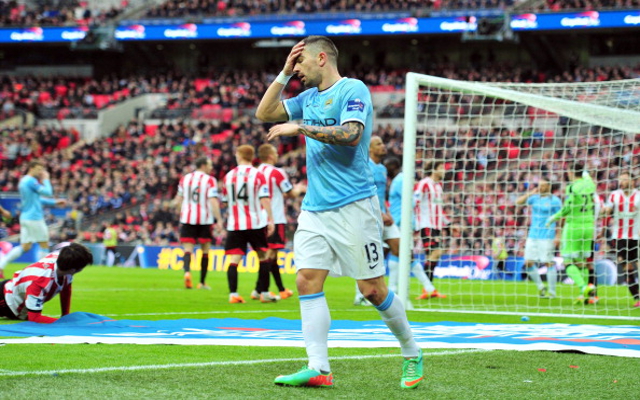 Bayern Munich are interested in signing Manchester City defender Aleksandar Kolarov this summer, according to the Daily Mail.

The paper claims that Serie A clubs Roma and Juventus are also keen on the 28-year-old, who joined City in a £19m deal from Lazio in July 2010.

Kolarov is about to enter the final year of his current contract at the Etihad Stadium.

He established himself as City’s first-choice left-back under Manuel Pellegrini, making 44 appearances in all competitions this season.

He made 51 tackles, 31 interceptions and 61 clearances, as well as completing 22 successful dribbles and 34 key passes.

Kolarov has won two Premier League titles, one FA Cup, one League Cup and one Community Shield with City.

He has been capped 48 times by Serbia at senior international level, scoring five goals.

David Alaba has been Bayern’s most regular left-back this season. The 21-year-old has four years left to run on his current deal.

Meanwhile, Juventus have tended to use a wing-back system, with Kwadwo Asamoah, 25, operating on their left flank.