European champions will be pretty in pink for 2014/15.

Images of Real Madrid’s new away kit for the 2014/15 season have been leaked and fans may be in for one big shock.

The club are usually known for their conservative colours of white and blues (usually when away) but broke tradition last term by plumping for a bright orange affair.

However, next season they have gone one step further by opting to deck themselves out in a shocking pink.

The home kit can also be viewed below, and even that has a slight nod to the new colour on the socks. 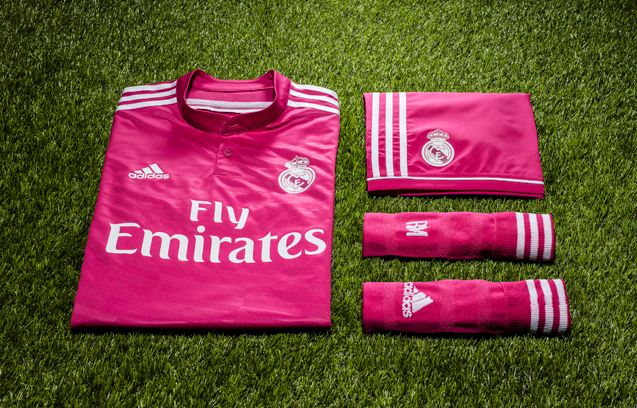