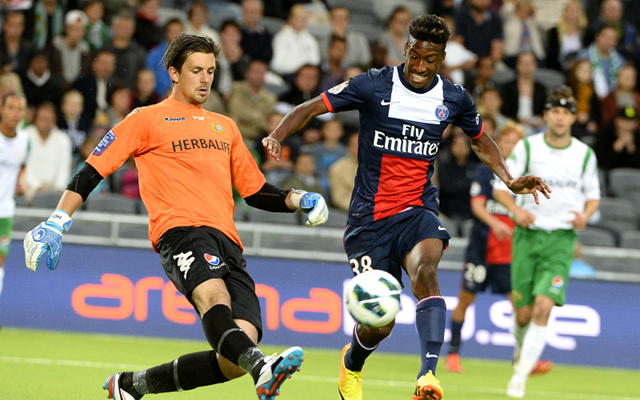 Arsenal have reportedly made a £1m offer for Paris Saint Germain winger Kingsly Coman after hearing that he rejected a new contract with the French side, according to the Metro.

The 17-year-old has come through the ranks of Paris Saint Germain’s youth system, and has been rated as a big star for the future, but could be on his way out of the club after rejecting a new deal to stay in the French capital.

Juventus and Newcastle United had both previously been showing an interest in the player, but Arsenal have now stepped in and hope to bring him to the Emirates Stadium over the coming weeks.

And according to reports in France, the Gunners have offered the teenager a four-year deal and are even ready to offer the Ligue 1 champions £1m in compensation to land his signature.

Coman is currently a star for the French under-19 side, and is capable of playing on either flank, though will more often than not appear on the left. He can, tough, also operate through the middle in a classic number 10 role.