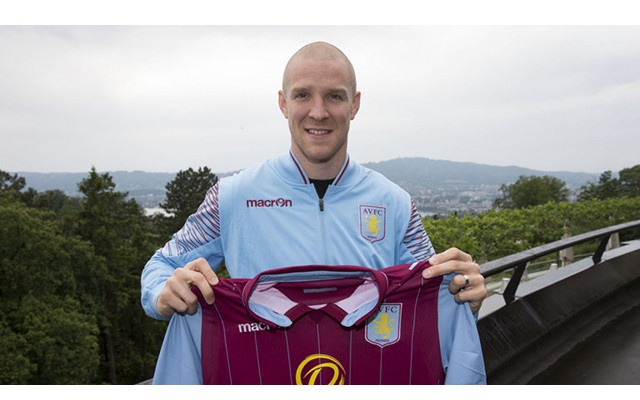 Aston Villa have made their first signing of the summer by bringing in vastly experienced centre-back Philippe Senderos on a free transfer, Sky Sports reports.

The 29-year-old, who left Fulham at the end of the season following their relegation to the Championship, will link up with his new club on July 1st after agreeing a two-year deal.

The centre-back is due to fly to Brazil on Friday with the Swiss national side to take part in the World Cup finals, the third of his career.

Senderos spent the first six years of his career with Arsenal, and is now making a return to England after turning out for La Liga giants Valencia for the second half of last season.

“I’m really delighted to be joining Aston Villa, a great club with such a big history, and for me this is a great step in my career,” he told the official Aston Villa website.

“There will be a lot of competition for places with Ron Vlaar, Ciaran Clark, Nathan Baker and Jores Okore also very capable Premier League defenders, so it will be up to me to fight for and to earn my place in the team.

“This is a team and a club which wants to do better, I know this, and hopefully we can all develop together and create something special.

“My goal is to help the team keep as many clean sheets as we can and to help drive Villa where we deserve to be and want to be.

“I’m also excited to work with Paul Lambert whom I know has a great deal of respect also for Ottmar Hitzfeld (Swiss national boss who was Lambert’s club manager at Borussia Dortmund) and my challenge will be to vindicate the trust he has shown in bringing me to Villa.”