Is this what the Gunners will be wearing next season?

An image of Arsenal’s new Puma sponsored third kit for the upcoming 2014/15 season has been leaked.

It seems as if the Gunners will revert back to the favoured blue for their alternate shirt, after agreeing a new multimillion pound deal with their new manufacturers.

The jersey looks similar to the one they wore in the 2011/12 campaign, when Manchester United beat them 8-2 at Old Trafford – let’s hope that’s not an omen. 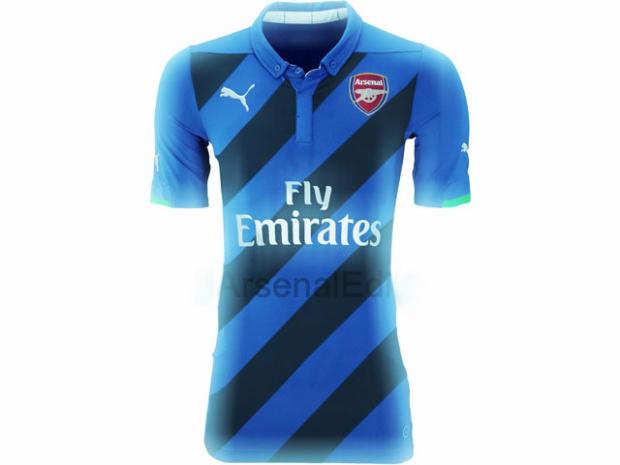