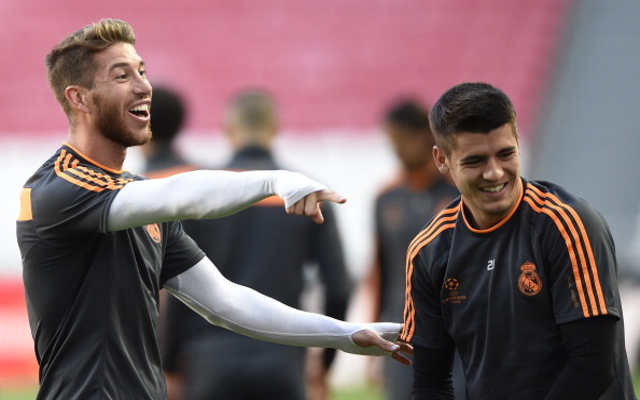 Arsene Wenger has opened talks with Zinedine Zidane over Arsenal’s continued interest in young striker Alvaro Morata according to the Daily Mirror.

The French boss knows the Real Madrid assitant manager well and wants to broker a deal for the 21 year old Spaniard with Wenger reticent to meet the Bernabeu side’s demands of a £25m fee for Morata.

Juventus are also pursuing the young striker, who has been something of a bit-part player over the past two seasons, making just eight La Liga starts in the last two campaign, though still managing to rack up ten goals.

Wenger is keen to strengthen his attack and a move for Morata would not only help offer support for over-worked Arsenal man Olivier Giroud but would also adhere to the north London club’s youthful transfer policy.

Morata is rightly considered one of the hottest prospects in Spanish football but a continued lack of regular first team action will leave the locally born marksman considering his options and the Real Madrid starlet will look for assurances from boss Carlo Ancelotti ahead of the 2014/15 campaign and if he fails to receive those assurances then he may well consider a move to the Emirates Stadium.