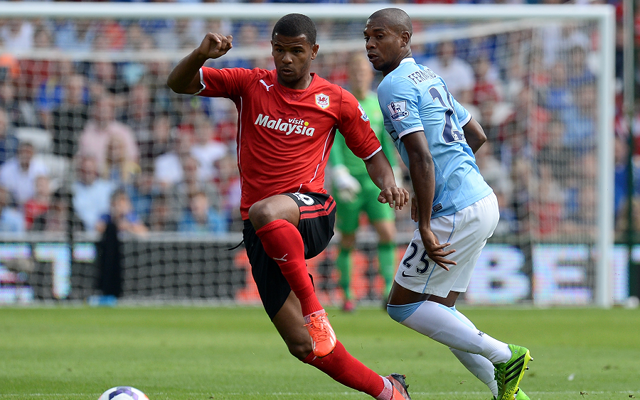 Leicester City are believed to have activated a clause in Frazier Campbell’s contrat and will enter negotiations with the Cardiff City forward over a move to the King Power Stadium, according to Sky Sports.

Campbell is now set to hold talks with the Premier League new boys after the Foxes met his release clause at the Cardiff City Stadium.

A number of fellow Premier League clubs are also believed to be interested in bringing the former Manchester United youth product on board this summer in the wake of Cardiff’s relegation back to the Championship.

Cardiff had been keen to keep a hold of the player to help them bounce back to the top flight at the first time of asking, but now look powerless to keep him as the Foxes have activated his release clause.

Leicester have been busy already in the transfer market this summer, bringing in Matthew Upson and Marc Albrighton, and Nigel Pearson is hoping to add Campbell to his ranks.

Campbell had been one of the brightest sparks in Cardiff’s squad last season and was the club’s top scorer in all competitions with nine goals, and he is thought to be interested in staying in the Premier League.