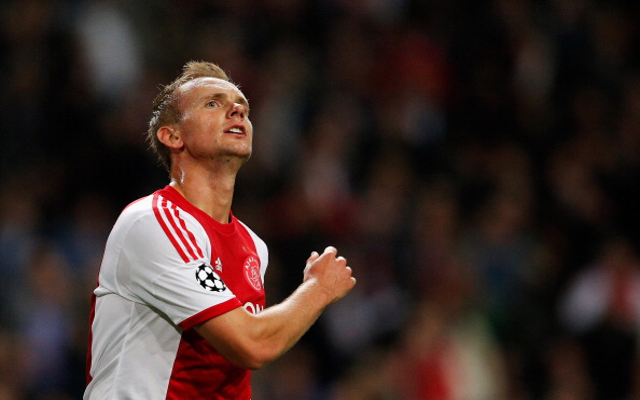 Magpies look to bring in creative midfielder instead.

Newcastle United have turned their attentions to Ajax midfielder Siem De Jong as the answer to their problems after snubbing his bother Luuk, according to the Daily Star.

The Magpies took the Borussia Monchengladbach striker on loan during the January transfer window, but he failed to impress in his time at St James’ Park by clocking up no goals in 12 appearances.

Luuk had been hoping to turn the short term deal into something more long term this summer having fallen out of favour with the Bundesliga side, but he now looks set to be disappointed as the club had amazingly turned their attentions to his brother.

The Ajax star is said to be open to the move and the club have even opened talks with his agent this week.

“There have been talks but no concrete offer,” said the Dutchman.

The 25-year-old is a graduate of the famous Ajax youth academy and has gone on to clock up 244 appearances for the club since making his debut back in 2007, scoring 78 goals in the process.

The skipper has sadly been overlooked by Louis Van Gaal for the World Cup this summer, though, as injury took a large part of his campaign with the Amsterdam giants.