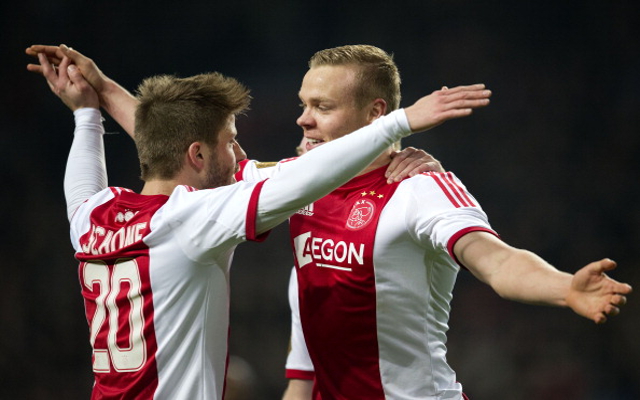 QPR boss Harry Redknapp is keen to strengthen his Loftus Road attack ahead of their return to the top tier and has set his sights on Ajax striker Kolbeinn Sigthorsson according to the Daily Mail.

The 24 year old Icelandic international could be open to a move to the Premier League after seemingly achieving all he can at the Amsterdam side he has helped to three successive Eredivisie titles.

Ajax are said to be open to cashing in on the former AZ man and want £6m for the striker, who has scored 28 goals in 69 appearances for the Dutch giants.

QPR were outscored by all but one side in the top eight of the Championship last season and were heavily indebted to Charlie Austin to provide the finishing touches to Super Hoops attacks.

Bobby Zamora and Andy Johnson are both out of contract this summer and Kevin Doyle has returned to Wolves after his loan spell whilst Loic Remy is expected to complete a permanent QPR exit having impressed during his loan spell at Newcastle United.