With incoming Old Trafford boss Louis van Gaal set to be handed a £200m transfer war-chest to improve the squad he inherited from David Moyes the time might well be right for the Dutch national team coach to consider conducting a major squad cull to make way for much needed new additions.

With that in mind, here are ten players van Gaal can happily afford to offload. 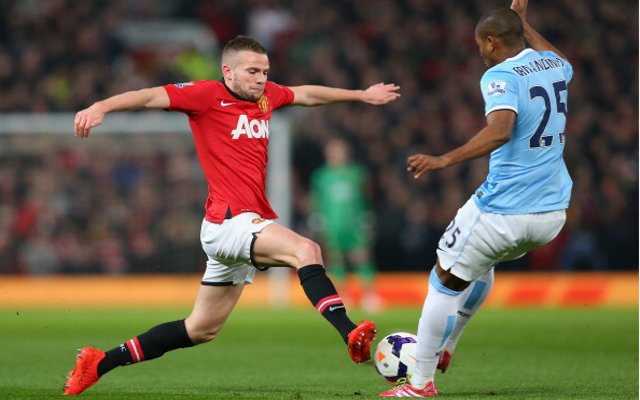 Hugely ineffective midfielder who offers little in the final third and who’s ability in a defensive role is questionable it’s hard to see quite what Tom Cleverley’s purpose is.

In many ways the England man falls between two stalls. Unable to make a difference in a creative forward thinking role and too inconsistent to use in a holding or defensive midfield role. Louis van Gaal will surely look to sell the 24 year old.