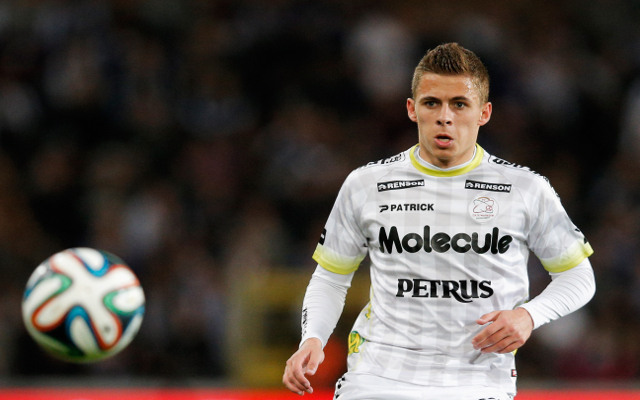 Eden’s brother could be on his way out of Stamford Bridge this summer.

The father of Chelsea winger Thorgan Hazard has claimed that his younger son could be on his way out of the club this summer before he’s even kicked a ball for the first team, according to talkSPORT.

The 21-year-old joined up with the Blues from Lens back in 2012, but much like several of the club’s younger stars he has been unable to get anywhere near the starting XI recently.

The Belgium international has spent the past two seasons on loan at SV Zulte Waregem in his homeland and last term netted 14 times in 39 league appearances.

And his father, Thierry, has told reporters in Belgium that he has held a meeting with manager Jose Mourinho and believes his younger son will be sent out on loan once again next season.

“The coach was clear. He is not opposed to a new loan in the Belgian championship. He needs assurances of having game time though, which is the priority. That’s what will allow him to continue to grow.

“He appreciates the German championship. Ideally he would begin preparing with his new club now but in football it is not always possible.”