Emirates Stadium side working hard to seal a monumental deal.

Arsenal boss Arsene Wenger is in advanced talks with PSG over his ongoing pursuit of unsettled striker Edinson Cavani.

CaughtOffside understands that the north London side have met with representatives of the Uruguayan forward and have laid the ground-work to what could prove to be the transfer coup of the summer.

Wenger is known to be a long term admirer of the 27 year old forward and has been given the backing of his Emirates Stadium board to make an offer that Arsenal hope will persuade the Parc des Princes side to sell the former Napoli ace.

PSG will demand a minimum of £60m to sell Cavani, who cost the Ligue 1 title holders £53m last July, but Wenger will look to balance the cost somewhat by offering striker Olivier Giroud in a part-exchange. 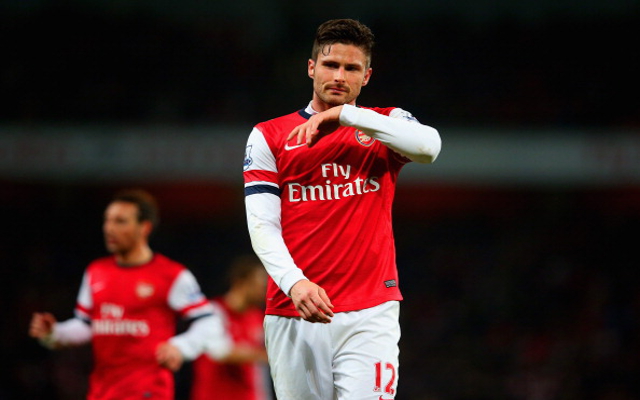 Arsenal value the former Montpellier man at around £20m and would look to then offer £40m as well as Giroud, a deal that may suit the forward who is said to be open to a move back to his native France.

Arsene Wenger is keen to re-shape his attack and is also considering the possibility of offloading Lukas Podolski following a fairly average second Premier League campaign from the German.

Cavani is unhappy with Laurent Blanc’s insistence on playing him in a wide attacking role and isn’t happy about playing second fiddle to Swede Zlatan Ibrahimovic and will have seen his fellow countryman, and good friend, Luis Suarez prove a massive success in the English top tier.

Arsenal are willing to offer Cavani as much as £180k a week, which would make him the club’s highest earner, with Arsene Wenger ready to use a large portion of his reported £100m transfer war-chest to land Cavani to resolve something of a ‘problem’ area.

Despite not settling well in Paris Cavani netted 25 goals in his debut season at PSG and scored an astonishing 104 goals in three seasons in Naples and is a player who could offer Arsenal a real threat in the final third, a player who has proven himself in Serie A and the Champions League and could be ready for a fresh challenge this summer.

Arsene Wenger has spoken publicly on a number of occasions about his desire to improve his options in the final third and has singled out his interest in Cavani, stating in January 2013;