Arsenal manager Arsene Wenger has outlined three possible transfer targets that he could move for if they impress him at this summer’s World Cup, CaughtOffside understands.

After finally ending the Gunners’ long wait for silverware with a 3-2 win over Hull City in this season’s FA Cup final, Wenger is hoping to make major additions to his squad this summer in a bid to turn his side into genuine title challengers again.

There are several key areas of Wenger’s squad that could do with strengthening, and it is thought that Toulouse and Ivory Coast defender Serge Aurier is close to completing a move to the Emirates Stadium to replace the hole left by the departing Bacary Sagna, leaving the Arsenal manager to focus largely on improving his attacking options.

The likes of Alexis Sanchez and Pedro Rodriguez of Barcelona, as well as Fiorentina winger Juan Cuadrado have already been linked with Arsenal and could remain priority targets for Wenger, but the Frenchman is also ready to see if three other players who will be on show in Brazil this summer can impress him in the next few weeks. 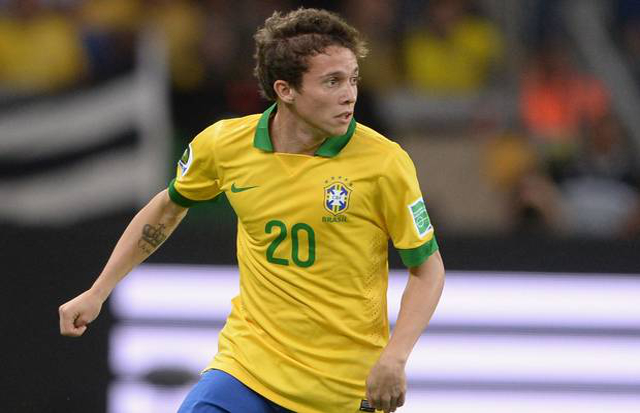 A talented young winger who reportedly came close to joining Arsenal last summer, Bernard has been given the nod ahead of some big names such as Liverpool’s Philippe Coutinho and Paris Saint-Germain star Lucas Moura to go to the World Cup with the Brazilian national team this summer.

The 21-year-old may not be first choice for Phil Scolari as the host nation chase their sixth World Cup trophy, but it is thought that Arsene Wenger will hope for an opportunity to get a closer look at the Shakhtar Donetsk starlet to see how he handles playing on the biggest stage possible. Bernard has impressed for his club this season, and at previous side Atletico Mineiro, but he will be hoping to really put himself in the shop window with some strong performances for his country in the next few weeks.

With the injury-prone Theo Walcott currently Arsenal’s only true winger in their squad, Bernard could certainly be a useful addition, and would likely be cheaper than other big-name targets such as Alexis Sanchez and Pedro.