Anfield side look to bring in yet more summer additions.

Having already signed Southampton veteran Rickie Lambert and Bayer Leverkusen midfielder Emre Can it appears that Liverpool boss Brendan Rodgers is now keen to bring in another summer signing. 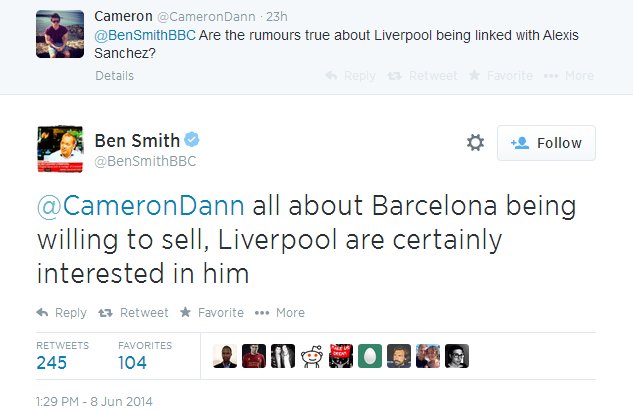 Sanchez moved to the Nou Camp in July 2011 and his first two seasons proved something of an anti-climax but ironically last term the former Udinese man got into gear at the precise moment his Barcelona side failed to deliver.

Gerardo Martino’s season in charge of the Catalan giants ended without a trophy but this didn’t prevent Sanchez netted 21 goals and providing 15 assists in his 54 appearances in all competitions.

Rodgers may see Sanchez as a possible third prong of an attack that could also feature Daniel Sturridge and Luis Suarez and incoming boss Luis Enrique may well be ready to offload the adaptable forward, who can play out wide or in a central striking role.

Barcelona paid £30m for Sanchez and one wonders how much they would want for the 25 year old this summer.