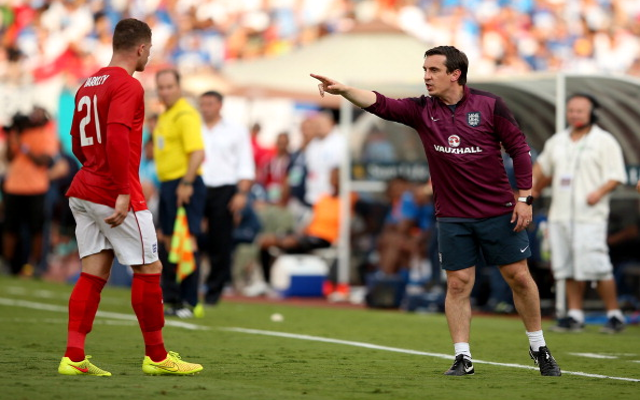 Man United are set to step-up their pursuit of Everton youngster Ross Barkley and hope that a fresh offer that would see former Toffees star Marouane Fellaini offered in a part-exchange deal that could tempt Roberto Martinez into selling the England man.

CaughtOffside understands that incoming Old Trafford boss Louis van Gaal has held talks with chief executive Ed Woodward and the pair have drawn up a list of potential targets, with Everton man Barkley high up on that list.

The 20 year old midfielder enjoyed a tremendous season with Everton last term, playing a pivotal role in the club’s push for a top four finish, and could well play a prominent role in Roy Hodgson’s 2014 World Cup squad plans.

The chance to move to Man United may tempt Barkley, especially now that David Moyes has been replaced by respected experienced boss van Gaal, and Woodward will look to enter into talks with the Merseyside outfit as soon as possible, for fear of the youngster’s price-tag soaring if he does indeed make an impact in Brazil.

Man United are willing to offer £20m plus Fellaini for Barkley, the Belgian having cost £27.5m last summer, and it could be the type of deal chairman Bill Kenwright considers intently.

Though Fellaini failed miserably whilst used in a holding midfield role by Moyes there is no doubting what the Man United man offers and Everton are more than aware of his talents with the former Standard Liege man enjoying five seasons at the club before leaving for Man United last September.