CaughtOffside’s XI of the players at this summer’s World Cup with the highest number of caps.

Gaining one cap at international level is impressive, so those players who manage to reach a century of caps for their country should be particularly treasured. With this in mind, this XI is made of the players going to Brazil this summer with the highest number of caps for their nations. 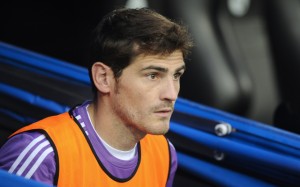 Despite Italian legend Gianluigi Buffon having amassed 140 caps for his country, it is Spaniard Iker Casillas who leads the way in terms of the tournament’s goalkeepers. Casillas will earn his 155th cap when Spain face the Netherlands in their opening game, which also makes Casillas the highest capped player from any nation at the tournament. The Real Madrid hero has also re-established himself at club level in the past twelve months after a difficult time under former boss Jose Mourinho.