With Liverpool expected to make serious signings this summer, Brendan Rodgers knows he’ll have to move a number of players on to make room the new recruits.

By shipping out these seven, he’ll also bring in a tidy sum which can be used to buy new players.

With Emre Can having all but arrived for £9.75m, and Steven Gerrard excelling in the anchorman role, Lucas is all but surplus to requirements at Anfield. it was rumoured in May that the Brazilian is consider leaving Anfield, and we reckon he could easily fetch £12m – considering the fact he’s a full international, is in his prime at 27-years-old, and excels at breaking up opposition possession in the middle of the park. 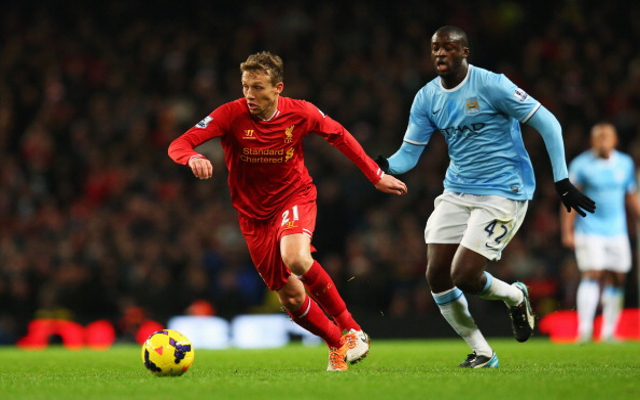