England, Cameroon and Mexico all feature!

The World Cup kicks off in Brazil tomorrow evening, and the excitement is almost too much to handle!

Simple, but we love it. To be called into the Brazil squad is probably a bigger honour than being called up to any other national side, because of the country’s wonderful footballing history. ‘El Selecao’ are the favourites to lift their sixth World Cup this summer…

‘The Red Fury’ pretty much sums up the devastation Spain have handed out to most opponents they’ve in recent history. They go into the tournament as holders, and an incomparably brilliant set of creative midfielders. 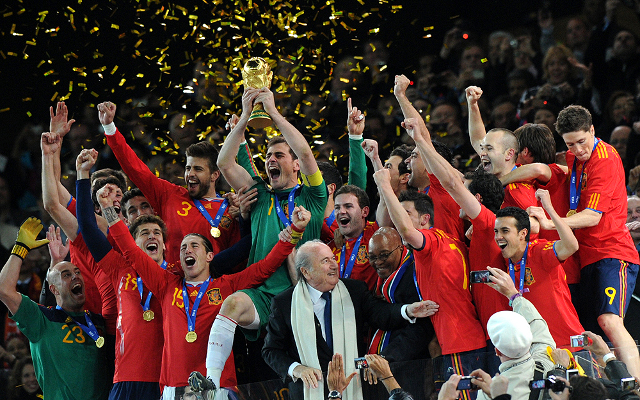