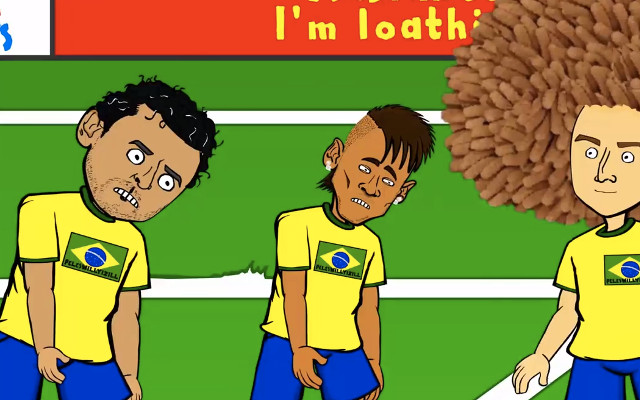 Brazil’s 3-1 victory over Croatia in the opening game of the 2014 World Cup on Thursday night was pretty controversial.

Croatia took the lead through a Marcelo own goal, before Neymar luckily escaped a red card for striking Luke Modric with a flailing arm.

Neymar went onto to score a brace, including a penalty that was highly contentious.

Japanese referee Yuichi Nishimura then disallowed a Croatian equaliser for a foul that wasn’t, before Oscar wrapped up the points with a late toe poke.

Cartoon makers 442oons have made a funny video to sum up the action. Watch it below.