Arsenal are hopeful of unveiling both Mario Balotelli and Hulk as part of a sensational £46.5m double signing in the coming weeks, CaughtOffside understands.

The Gunners spent heavily on bringing in Mesut Ozil from Real Madrid on the final day of last summer’s transfer window, and are ready to splash the cash again this year as they look to revamp their attacking options for next season.

Arsene Wenger’s side were overly reliant on Olivier Giroud as their sole option upfront for much of the 2013/14 season, with outcast Nicklas Bendtner and injury-prone youngster Yaya Sanogo providing little in the way of reliable backup options, and new signings in that position are believed to be a priority for the Frenchman this pre-season.

Arsenal have already rejected the chance to re-sign their former playmaker and captain Cesc Fabregas from Barcelona, with the Spaniard instead making the move to rivals Chelsea, and it now looks as though Wenger has been keen to put as much money aside as possible to pursue two big name additions upfront.

Recent reports claim that Zenit Saint Petersburg have accepted a £26.5m offer from the north London giants for Brazilian forward Hulk, who has also been linked with the likes of Chelsea and Tottenham Hotspur in the past, and talks have since progressed well between the player’s representatives and club officials at the Emirates Stadium.

A further £20m will go on bringing former Manchester City striker Mario Balotelli back to the Premier League from AC Milan. The controversial Italian international has performed well since moving to Serie A, but his disciplinary problems remain something of an issue as the Rossoneri are seemingly happy to allow him to leave for the right price.

Monaco have also been linked with the 23-year-old, but Arsenal have stepped up their interest in the player in the last couple of days and now look the favourites to bring him back to England, with Wenger willing to take a gamble on the player’s off-the-pitch problems. 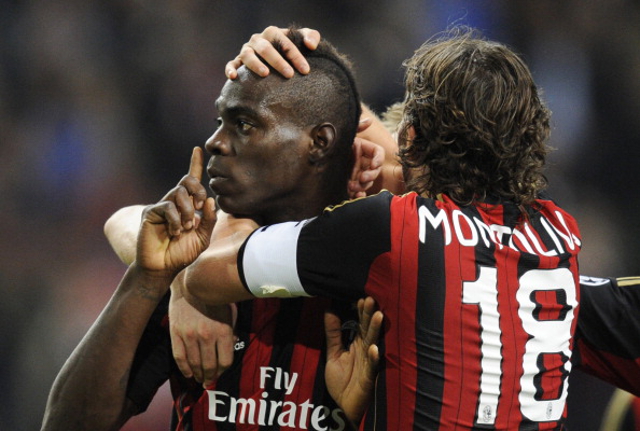 The Gunners boss has dealt with difficult personalities in the past, notably helping Robin van Persie put his bad-boy reputation behind him to become a model professional and top performer for the club before then moving on to Manchester United, and Balotelli may have been influenced by Wenger’s man management skills as he looks to work on that side of his game.

This will certainly be seen as money well spent by Arsenal, whose front three will look considerably more menacing with the addition of these two players next season.