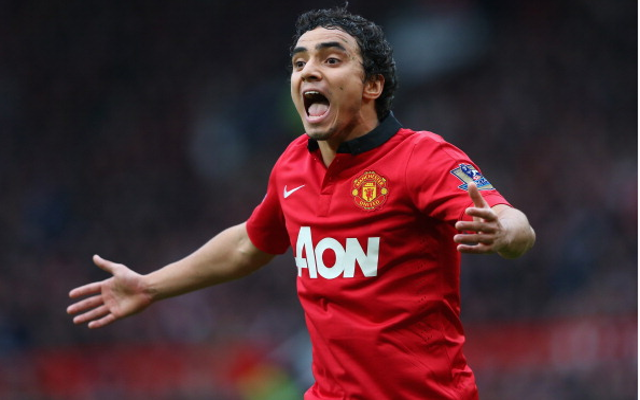 Arsenal have today been surprisingly linked with a big money offer for Man United right-back Rafael according to a report on Fanatix.

Arsene Wenger is certainly on the look-out for a right-back with Bacary Sagna having left for Man City but a move, especially one of this magnitude, for Brazilian Rafael is something of a shock to say the least.

Wenger has been strongly linked with an interest in Toulouse youngster Serge Aurier, who is in Ivory Coast’s 2014 World Cup finals squad, but could feel that Rafael’s proven Premier League experience make him a more worthy option to pursue.

The 23 year old is into his sixth season in the Man United first team and was fairly poor last term but was a regular in the club’s title winning 2012/13 campaign, starting 27 of the club’s 38 top tier fixtures.

Incoming boss Louis van Gaal may be open to selling the former Fluminense man though apparently will demand £17m for his services, a fee that Wenger may be willing to fork out for the full-back.