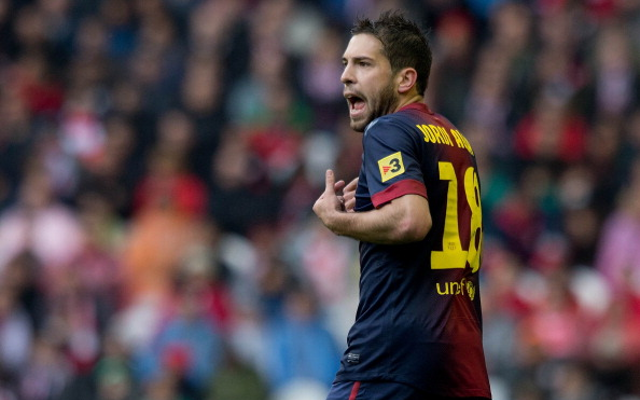 Barcelona are reportedly not willing to sell Spanish left-back Jordi Alba to Manchester United this summer, according to Fichajes.net.

The 25-year-old has recently emerged as a potential target for new United manager Louis van Gaal, who has supposedly become frustrated at a lack of progress on a deal to bring in Southampton youngster Luke Shaw.

The Saints starlet, currently on international duty with England at this summer’s World Cup, has long been United’s top target to come in at left-back, but Alba has also come under consideration after his fine performances at the Nou Camp.

The former Valencia man has only been with the Catalan giants for two seasons, but with much change taking place at the club this summer under new manager Luis Enrique, United had hoped to be able to lure the player to Old Trafford.

Still, despite Barcelona being ready to allow some other big names such as Pedro Rodriguez and Alexis Sanchez to leave, while Cesc Fabregas has already left to join Chelsea, they are not planning to let go of Alba.

The Spain international is a key player for club and country, and will be hoping for improved fortunes at international level after forming part of the side that lost 5-1 to the Netherlands in their opening World Cup match.