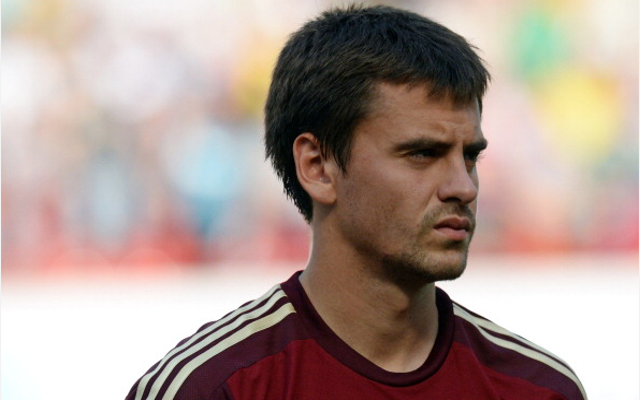 Check in to Russia vs South Korea

Chelsea are set to make a move for CSKA Moscow left-back Georgi Schennikov according to the Metro.

Jose Mourinho is looking for a replacement for veteran Ashley Cole and has given up on any hope of landing Southampton teenager Luke Shaw and has instead turned his attention to the Russian international.

The Blues will offer £7m for the 23 year old, who is also said to be a target for both Real Madrid and AC Milan though the west London side are apparently leading the chase for the wide-man.

Having won back to back Russian Premier League titles Schennikov may well be keen on a fresh challenge and would surely be tempted by a move to Chelsea.

Spanish international Cesar Azpilicueta did an excellent job replacing Cole for much of 2013/14 but is clearly better suited to a right-back role and is likely to be switched to that role next term where he will challenge Branislav Ivanovic for a starting spot.

Jose Mourinho has already had a fairly busy summer transfer window having sold David Luiz to PSG in a deal said to be worth around £50m whilst also welcoming in Barcelona star Cesc Fabregas.